HIM and I decided to go to lunch at our favorite Mexican restaurant…it was delightful, pleasant, we both caught up on our lives and us and the kids, and what to get for the boys for the upcoming Christmas season.

Then we go home and HE breaks a promise…and I really am tired of the broken promise that HE would take care of the puppy!

Let me just say there were promises that I would not be the one taking care of training and disciplining this cute little fur face, but alas…I am taking care of Loki and all that comes with puppy parenting.

Now don’t get me wrong, he is cute and has adorable puppy breath, and the fact that when HIM tries to do anything with the puppy, he runs and lays at my feet…but still another chore.

Maybe that is why I am feeling so overwhelmed with this whole puppy thing because he is another chore. I find no joy in cleaning up the accidents and taking him out in the early morning and in the middle of the night when I have to potty myself.

So when we came home, Loki was outside on his lead, and HIM goes out to bring him in, and somewhere along the way HIM gets dog shit on the bottom of his shoe. HIM then sits on the love seat…with his shoes on…

SHOES ON THE LOVE SEAT!!!

Now at this point in reading this you might be thinking…who sits on a couch and then puts the dirty shoes on the couch? NO? Well it has been a struggle over the last seven years I have learned to cope with..not accept…but cope with. Because who does that…? Sits on the couch throw ya feet up and leave ya shoes on?

HIM, the roommate, and the 17yo are laughing at me because after flopping on the couch, with a full belly of tamales…waiting for my tasty meal to fully digest and hopefully catch a cat nap…

I smelled dog shit and ended up sniffing around the living room trying to find it.

Poor Loki is taken back outside with some harsh words.

They all keep saying they don’t smell anything, and I am getting VERY frustrated because they are laughing at me,

“hey yeah no big deal, you look funny sniffing around the living room”

I find it on the loveseat and a huge chunk on the floor and  it was smeared on the arm of the loveseat. I ask HIM to please clean it up and he looks at me and stares blankly and then says…”Oh, yeah I did take my shoes back outside, cause they had dog shit on them…” The roommate and the 17yo retreated to their bedrooms at this point…

What happens next is I am ranting and raving about how I didn’t want the dog in the first place because 30 minutes later I am cleaning up the dog shit because HE decided to simply move from the dog shit smeared loveseat to the couch to lay down and cover up with a throw blanket and take a DAMNED NAP!!!!

And I think maybe I was waaaaay too pissed, waaaay too upset, my mouth was frothing with comments and bitterness about one more damned thing I will have to do and am doing… because HE is a thoughtless man, my boys are thoughtless male children, the roommate his cousin is a damn male too and its no big deal to them because in their minds…

Thank you Giphy without your gif’s I could not have thoroughly expressed myself because images are worth a thousand words. 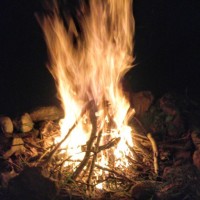